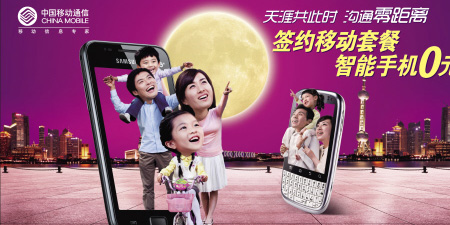 Shanghai- After a competitive pitch, Shanghai Mobile (aka, China Mobile's Shanghai branch) has appointed Shanghai Advertising (上海广告) to handle its creative account. Source said, the incumbent Can Create (a McCann Worldgroup's unit) also attended the pitch, but failed to retain. Can Create has handled the account originally from 2007, and retained in 2009. We sent a request to Shanghai-Adv's one representative, but the latter declined to futher comment on details.