By：麦迪逊邦
2012-04-11 10:15:46
0 0
BEIJING – adidas Running today introduced the supercharged ClimaCool® series running shoes to celebrate the 10th anniversary of the ClimaCool® technology. Zou Shiming, Olympic boxing champion, joined award-winning actress Yao Chen at adidas‟ latest ClimaCool® running shoes unveiling to encourage runners across China to experience adidas‟ 360 degree ventilated running technology and join the „ice-breaking' activations. This initiative is an extension from last year‟s “all in” campaign and aims at bringing excitement to sports enthusiasts across the nation and encouraging them to “All-Run”. “This year, adidas encourages consumers to go „all-In‟ and „all run‟ by leveraging the influence of prominent global celebrities, including David Beckham, Derrick Rose, Lionel Messi, and Katy Perry. In China, we have partnered with Zou Shiming and Yao Chen,” said Jens Meyer, Vice-President, Marketing, Sport Performance, adidas China, “A decade since it was first introduced, ClimaCool® has become adidas‟ most well-known footwear technology. We are committed to advocating the importance of running to achieve a healthy life by making the upgraded footwear available for consumers.” The feature products of the new ClimaCool® running shoes, CC Fresh Ride and CC Seduction, will be available in about 3500 adidas stores nationwide from Apr 1st and May 1st respectively. At the unveiling, Yao Chen and Zou Shiming experienced the 360 degree ventilation and demonstrated their creative ways of ice-breaking in order to get the frozen ClimaCool® shoes out. In the following weekend, April 14th and 15th, consumers are able to enjoy the unique „ice-breaking‟ experience at road-shows that will take place in Beijing at the adidas San Litun Brand Centre and Shanghai at Huashi Sqaure, as well as in 100 adidas retail stores. “It was an unforgettable experience to work with global luminaries from various fields for the TVC where we seek to share the unparalleled joy of running with our consumers. Ventilation is very important in running shoes. I wear adidas ClimaCool® running shoes while preparing for the upcoming Olympics. It provides the ultimate comfort, is light-weight and feels great for all occasions.” Zou Shiming shared his experience of the TVC shooting at the press conference. “I am in love with these shoes! No matter how far you push yourself during your run, your feet stay dry and comfortable. It has more than 16 color combinations which can go with any dress style, maximizing my joy of running.” Yaochen added, feeling excited about her ClimaCool® running shoes. Advanced technology is key to comfortable running shoes. ClimaCool® provides 360-degree cooling for the entire foot. By utilizing new ventilation channels across the outsole and the use of ClimaCool® material on the upper of the shoe help to evaporate sweat, the footwear keeps temperatures within the shoe low and increases breathability from all sides. In addition, the COOLEVER lining, a special clover-shaped yarn, keeps the foot cool, dry and comfortable while running, helping to increase performance. With more than 16 color combinations, runners can show their personality and match their shoes to their other ClimaCool apparel®. 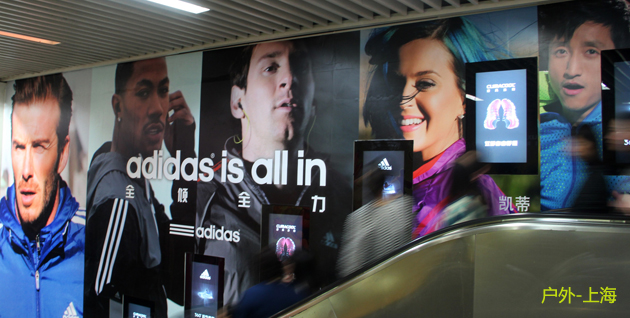 “The ice breaking initiative is truly innovative and a reflection of a 360 degree integrated campaign that successfully engages the youth. Also, it transforms running from a mundane activity into a dynamic and engaging experience,” explained Angelina Ong, Burson-Marsteller, Shanghai Managing Director, APAC and China Senior Vice-President. As a 360 degree campaign, a series of initiatives will be launched in addition to the exciting unveiling event, road shows and store ice-breaking games. This includes a new TVC program in many cities，themed Weibo interactions and a smartphone APP “Cool Hunter” (夺宝奇冰), which allows consumers to win ClimaCool® shoes with a virtual ice-breaking game. Consumers are able to download the Cool Hunter APP on the Apple Store starting from April 3rd and on the Android Play Store starting from mid April.
Tags： adidas 姚晨 贝克汉姆 邹市明 阿迪达斯